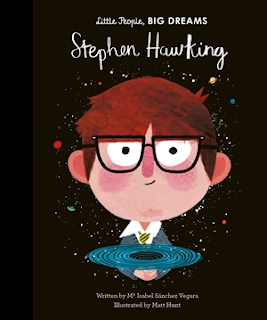 
A child-friendly portrait of a special man an scientist


genius physicist and author
for all 3+

Many children are fascinated by the distant world. You look up to heaven, imagine flying to the moon, discovering the universe space. A dream that generations have dreamed and many more generations will dream, even if the space, sun, moon and stars are much closer to us by the modern technology than years ago and it is getting closer in the accessibility. Just like children and adults today, it was little Stephen Hawking who never lost his childish fascination and curiosity and immersed himself deeper and deeper into the matter with age. He was not a very good student, which can hardly be imagined in the light of his career but which also shows that there are extreme island talents and especially children with them often have a hard time at school. He then studied mathematics and physics, then cosmology. Thus, with the passage of time one of the most ingenious scientists of all time, he was also overcome by his creeping ALS illness, which made him confined to a wheelchair early on.
Surely there is a lot more to tell about this special person and fantastic scientist, too much for a picture book, too much for a children's book that is supposed to appeal and fascinate children from the age of three, and yet this really wonderful book manages to create his life and work to tell in detail and intensively. If you hit the book as an adult, then flick through it again and pay attention to the amount of text you can hardly believe that so little was said with so little text. That's exactly what this book and everyone else in the series is all about. Narrative images with a clear and intense text that makes it possible to tell a lot in a few words. Narrative and illustrated stories work and work hand in hand and interweave into an intense whole.
In this case, we experience the development of the young Stephen, his childhood and family up to the brilliant scientist who always pursued his goal, his dream, despite all the obstacles lived.
Whoever thinks that little children can not understand yet, wrong! Through the special narrative language and the pictures even the little ones understand everything.
The book is more than a picture book for the younger ones. It is a book that grows with you because of the large, clear pamphlet in which the letters are clearly separated from each other and also a larger line spacing was chosen even beginners can easily read the story itself. Short sentences and a few difficult words also contribute to an easy reading. In addition to the transfer of knowledge, the vocabulary is extended along the way. Older children will have the opportunity to learn more about Stephen Hawing's life and work, thanks to a more detailed legend with more information 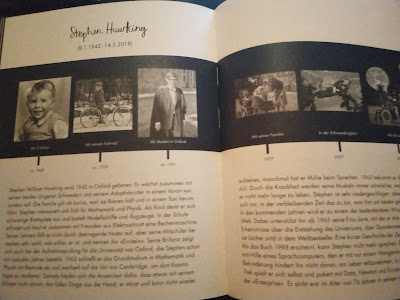 which in turn may also be the starting point, e.g. to study more about him in the classroom. How about a presentation in class 4?
Plenty of material that can also fascinate you so much that you keep on researching,
"Little People, BIG DREAMS" is a fantastic series of fantastic, special people like Stephen Hawking, Jane Austen, Frieda Kahlo, Jane Goodall or even David Bowie, Maria Montessori and Hanna Arendt.
"Little People BIG DREAMS" is a series worth collecting. The children like adults excited. 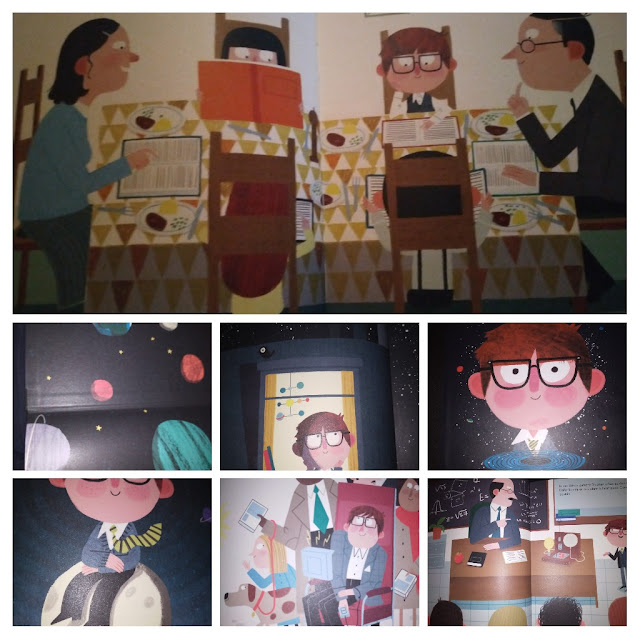